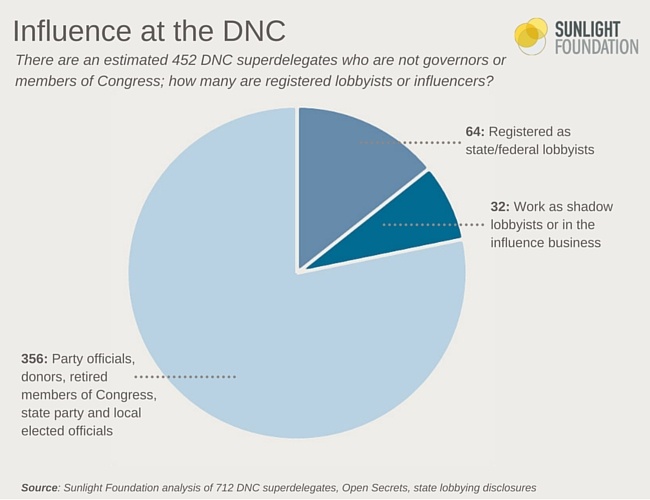 THE PUBLIC INTEREST TEST: Sunlight commented today on the leak of email and private data from the Democratic National Committee. As with other leaked or even stolen documents, there is public interest value in the content. That value can and should, however, have been realized by verifying and reporting it out without publishing private data on the internet.Over-reaction to massive databases of hacked materials by governments has the potential to lead to regulatory and technical censorship that damages freedom of expression and journalism globally. [READ MORE]

The DNC leaks, if they were caused by the Russian government, are a big deal regardless of one's political persuasion. If this hack and leak are really a Russian intelligence operation, they would be an intentional bulk leak of data by a state actor collaterally containing large quantities of private citizens’ personally identifiable information. It also matters if the purpose of the hack was to influence the election. It is thus important to distinguish the level of confidence concerning who’s behind the hack and the confidence we have in that actor's motive for doing so.

We need to proceed with care and precision in the response to this attack, not least because it will set the normative precedent for responses to attributed-but-denied collateral mass-leaks of private citizen data by foreign governments in the future. If future similar leaks are to be properly discouraged, we need to carefully consider whether the hackers are really the Russian government; if so, what part or parts of the DNC leak operation we fundamentally object to; and finally what domains and what scale of response is proportionate and appropriate to respond to the attack." [Lawfare]

Tired of your boss/friend/intern/uncle forwarding you this email every morning? You can sign up here and have it delivered direct to your inbox!

We want to find and share the most important stories about open government around the world from the past 24 hours here. To do that, we'll need YOUR help. Please send your tips and feedback at ahoward@sunlightfoundation.com. If you would like suggest an event, email us by 7 am on the Monday prior to the event.