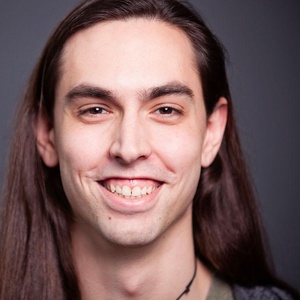 In the summer of 2014, Wichita's local civic hacking community and Code For America brigade formed under the name Open Wichita. Wichita has had a long history of civic pride and involvement, and with the city’s technology industry catalyzing a burgeoning civic-tech community, it seemed ripe to embrace this sort of civic engagement.

In an effort to mobilize the community to face our challenges head on, Open Wichita became my nights and weekends. I was inspired by the number of individuals getting involved from all walks of life, as well as the amount of encouragement and support we received from government and community organizations alike.

There was something exciting to what we were doing, and everyone could feel it. In the words of OpenGov Foundation Executive Director Seamus Kraft, we weren't just civic hackers, we were "civic superheroes."

Governing together with Madison: An opportunity for collaboration

The Madison Project is an open source tool enabling participation between legislators and the public. It's as easy as posting a Google doc for public comment, but can be customized by any government to encourage public feedback on draft policy. When I began my work with OpenGov Foundation, I saw Madison as an opportunity to bring a new model of governance to Wichita. Seeing other cities like Washington, D.C., using Madison to engage the public in a conversation around policy creation convinced me that this was something greatly needed here.

If we were going to make change that mattered in this city, it was going to take involvement at every level. We needed tools to facilitate that collaboration and conversation, and Madison was just that.

Open Wichita has been a huge success since it began. We received immediate support from the city through City Manager Robert Layton and Chief Information Officer Mike Mayta, both of whom were very familiar with the civic technology and open data movements.

The momentum generated by Open Wichita led to a formal partnership with the city, which recognized the need to establish an open data policy for the proactive release of city data. This led to the launch of Wichita's instance of Madison at drafts.wichita.gov. City officials were eager to begin work on drafting our open data policy in an open and collaborative manner, joining other innovative cities who have used this approach.

The draft open data policy is live on our site now and we’re looking for more feedback. I encourage anyone to check it out here, and tell us what you think.

What’s next: What Works Cities Wichita

Earlier this year, the city applied to be a part of the What Works Cities (WWC) initiative, a nationwide program to expand the use of data and evidence to help cities make better decisions and improve outcomes for residents. We were thrilled to be selected to officially join the WWC network last week. This was one more step in the right direction as the city continues to embrace technology and open data.

We believe our success with Open Wichita and with utilizing Madison to draft an open data policy will position us well for the upcoming work with the WWC program. Although change can be hard, the city has not hesitated to adopt something new. Instead, it has seen an opportunity to better itself by including more voices in the conversation about how to move our city forward.

Wichita is still in the very early stages of a massive transformation. It's important, though, that we establish a base set of values as we go into these challenges together. Among the most important of those values is collaboration.

This change is happening on a national level for the purpose of addressing local needs. We've only scratched the surface, but the city is ready to dive further into this new way of governing.

Soon, we will be receiving more support from the What Works Cities program to learn how to utilize data and evidence to deliver better results for residents. We're honored to be a part of this program and excited to see the results it will bring.

The conditions are just right in Wichita for us to start embracing this national movement. The willingness to take on these new ideas with open arms gives me hope that we will come out of our individual challenges stronger than ever.

These are just a few of the many reasons I am proud of the direction my hometown of Wichita is headed as we embrace new approaches for more inclusive and effective government.

I encourage anyone to check out Wichita's draft open data policy, and tell us what you think.

Seth Etter is a Senior Application Developer at the OpenGov Foundation and founder of the Wichita developer group DevICT. Email Seth at seth@opengovfoundation.org or follow him on Twitter @sethetterDisclaimer: The opinions expressed by the guest blogger and those providing comments are theirs alone and do not reflect the opinions of the Sunlight Foundation.