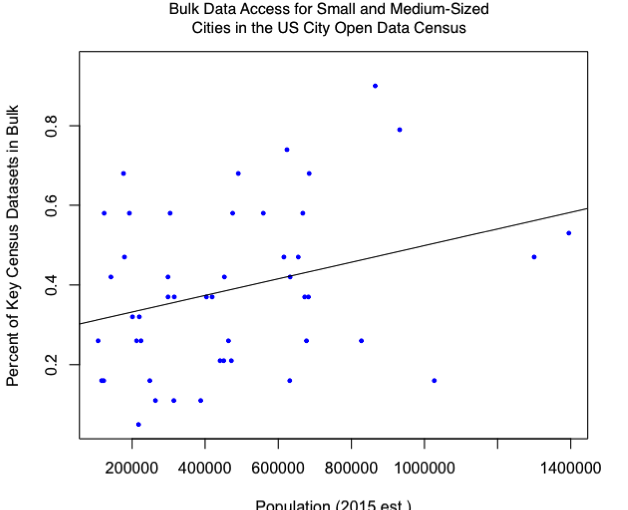 STATE OF THE STATES:  Sunlight's Richard Yarrow dug into the U.S. Open Data Census and came up with an insight: open data indicators frequently are correlated with the population of a municipality. "In other words, whether one is looking at the overall scores on the US City Open Data Census or at expert evaluations of a city’s open data program, cities with larger populations tend to do better at implementing open data." [READ MORE]

PARTY TIME: Sunlighters Libby Watson and Josh Stewart are at the 2016 Republican National Convention in Cleveland, exploring the scene and the parties, with an eye on money in politics and influence. Including boats. [READ MORE]

ONLINE: The Library of Congress' websites are back online after fending off a denial of service attack over the past 48 hours. "This was a massive and sophisticated DNS assault, employing multiple forms of attack, adapting and changing on the fly," wrote the Library's CIO, Bernard Barton Jr. "We’ve turned over key evidence to the appropriate authorities who will investigate and hopefully bring the instigators of this assault to justice." [InfoDocket]