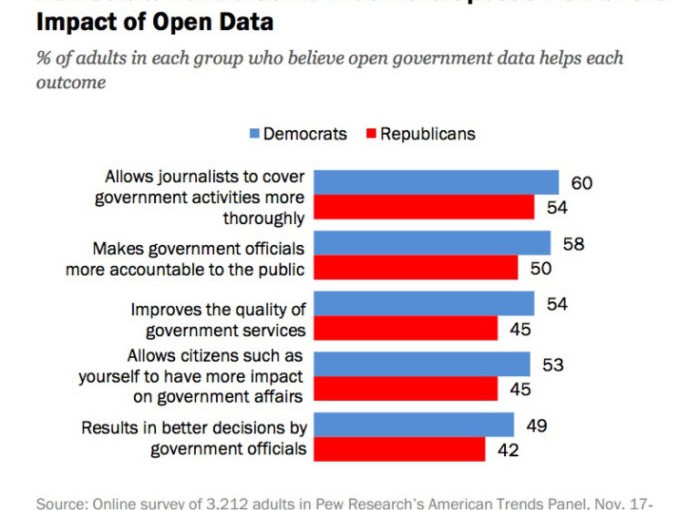 QUOTE OF THE DAY:: “Now, according to the law, see I figured there’s something where you put something in this massive trust and there’s also — nothing is written.” -President-Elect Donald J. Trump

QUOTE OF THE DAY II: “Trump won’t divest. Media will report. We will be shocked daily. Don’t stop being shocked. Time to learn what we’ve taken for granted. Every Trump administration decision may involve self-dealing. Every story uncovering it is newsworthy. It’s landscape we need to prepare for. Unfair personal gain is only the tip of the iceberg in a President who demands to maintain his commercial activity. It’s just the first problem. ‘Trump gets richer and that’s unfair’ is the smallest of potatoes. We’re on a bigger precipice. Consider entrenchment.” -John Wonderlich

FOIA UNDER TRUMP? “While we have no way of knowing what Trump will do for sure, open government and journalists are bracing for an administration that could be more obstructionist. ” -Jason Koebler [Motherboard]

EDITOR’S NOTE – Due to the Thanksgiving holiday, Today in OpenGov will not publish on Thursday or Friday. Look for the next edition here and in your inbox on Monday, November 28. Please keep sending us links to news, research, data and events in the civic technology and open government spheres. We’ll do our best to keep you informed and connected to what’s happening in DC, across the United States and around the world in with open data, press freedom and open technologies, along with what’s next for the Sunlight Foundation. -Alex Howard

The Uganda National Service Delivery Survey of 2015 found 75 percent of Ugandans identified the police as the most corrupt institution in Uganda. This was because the police force was criticized for bribery, fraud and extortion, but poor access to their methods of information disclosure likely exacerbated these issues. Corruption and good access to police information seem logically connected. A weak complaint feedback mechanism and poor information disclosure methods reduce the possibility to fix all kinds of problems, including bribery, fraud, and extortion. With a weak disclosure system, culprits can freely manipulate the system while damaging the transparency and moral fabric of the force. If the Uganda Police Force makes full and timely information more accessible to the public, there will be a narrower range of opportunities for the mismanagement and corruption within the system. As democracy relies on the traditional value of openness and participation in governance, the right to access information lays the foundation for a truly democratic environment — and the lack of it aids corruption. [READ MORE]